Published by The Prince George’s Sentinel 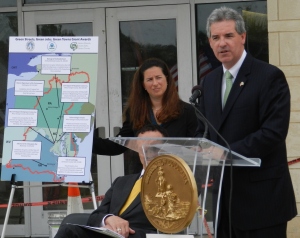 “The idea of green streets is to infuse green infrastructure elements of projects into infrastructure projects that have to occur already…not have to, of course, we get to build new schools and build new roads,” Trust Executive Director Jana Davis said. “Let’s get green elements into these projects while they’re being constructed.”

A green street minimizes environmental impacts by creating rain gardens and bioswales, retrofitting roadways and sidewalks with permeable pavement, increasing tree canopy, reducing how much water is piped directly into streams and rivers, using energy efficient lighting and encouraging pedestrian and bicycle access, according to the White House website. 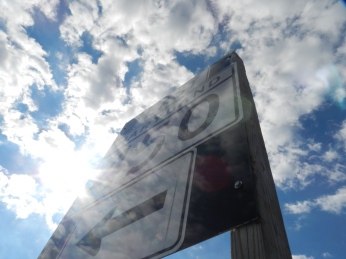 “On Annapolis Road 450, because 57,000 cars pass through on an average daily basis, we’re trying to do more things to make it more walk-able, more walker-friendly,” said Bladensburg Mayor Walter Lee James Jr. “A lot of this funding we’re getting is to really connect a lot of our (historic) destinations.”

The mayor talked about connecting communities along the Anacostia River to the Bladensburg Waterfront Park and renovating the town library. He called Bladensburg the “gateway to the state of Maryland” and estimated the project would be completed in one or two years.

But developing a green street in Bladensburg is just one of the development center’s grant-funded projects. It is also planning to convert Arapahoe Street in Forest Heights into a green street as part of the town’s goal to be a “zero-runoff” community.

The $35,000 Prince George’s County government grant was awarded to “develop and evaluate innovative, cost-effective financial partnerships that will construct and maintain the county’s new water quality infrastructure,” according to documents published by the EPA and Chesapeake Bay Trust.

A representative from the county executive’s office declined to comment on plans for the grant at the award announcement Wednesday.

“It’s hard to get construction money (without) a design in the first place, so, I mean, it is in some ways, you know, we are trusting our applicants based on the strength of their application and past records to put together quality designs.”

In 2012, local Prince George’s County government agencies and nonprofit organizations were awarded $222,888 in Chesapeake Bay Trust grants, including a $55,000 grant for Forest Heights to install Pave Drain permeable pavement at the town hall, according to an online pamphlet published by the Trust.

“Prince George’s County has a pretty strong track record of performing with their grants,” Truong said.

Edmonston’s green Decatur Street – the product of a $25,000 Chesapeake Bay Trust grant – was dedicated the “greenest street on the East Coast” in 2010. The Decatur project was spearheaded by then-Mayor Adam Ortiz.

“We’re going to focus first on public spaces – mostly roadways (to) help us upgrade some of our old, rundown gateways into the county to beautiful green boulevards,” Ortiz said.

Chesapeake Bay Trust grantees removed 70 tons of trash and restored 6,320 feet of living shoreline and 180,000 native plants in 2012, according to a fact sheet published by the Trust.

For Garvin, implementing green infrastructure at the construction stage is a proactive alternative to “an impervious pavement, brick-and-mortar” approach to storm water.

“The best way to deal with our storm water is to really focus on trying to keep it from coming into contact with pollution in the first place.”